A recent case I had the opportunity to evaluate was of a young woman following a head injury and increased neck pain and headaches following her treatment. She had just completed a series of treatments with GyroStim in Colorado Springs and her neck pain and headaches had significantly increased. On clinical examination her facet joints were swollen and very painful to touch. She had stability issues present even though her neck muscles were very tight. Her headaches had significantly increased and her overall function had declined to a point of living at home, unable to look after her young son.

Her story is all too familiar. Sometimes treatments fail to address our patient’s problems. Sometimes if the incorrect treatment is picked for the problem a patient’s condition can be worsened. Failure to diagnose and treat a problem quickly can make it much more difficult to recover months and even years later. This brings me to the reason of this post, migraine surgery. Medical management, facet injections, narcotics, supplements, rest or exercise, did not improve this client’s symptoms and she opted for surgery to free up the greater occipital nerve (GON), and cut the lesser occipital nerve (LON) and 3rdupper cervical nerve, burying them into the surrounding muscles. Her surgery was conducted by Ziv Peled MD in San Francisco. Our client found this surgical option by searching and finding a video related to the term ‘migraine surgery’.

Surgical interventions to release an entrapped GON, or cut other upper cervical nerves, have been around for decades.

There is a re-branding occurring even though the pain that these nerves are causing is not always typical migraine symptoms. These nerves do have interconnections with our dura and trigeminal ganglia/nucleus, and it is thought that mechanical issues affecting the upper cervical nerves such as the GON and LON can be associated with migraines.

Plastic surgeons are performing less invasive surgical procedures following a series of upper cervical nerve blocks to assess for locations of nerve entrapment. A common finding is a nerve entrapment to the GON at the semispinalis capitis SSCa muscle as this nerve pierces through the upper portion of this muscle prior to exiting under a sling of the upper trapezius.

Intractable Occipital Neuralgia Caused by an Entrapment in the Semispinalis Capitis

Other areas of entrapment are related to the occipital artery as well as at the inferior oblique muscle of the C1-2 articulation as the nerve wraps around this muscle. Dry needling can be very effective by targeting the medial inferior oblique upper cervical muscle and the semispinalis capitis muscle around the GON.

Freeing the GON nerve in the SSCa and packing fat around the nerve is what was done surgically in our patient example. Smaller nerves were resected and buried into the surrounding muscles to prevent regrowth.

Prior to considering nerve entrapment surgery of the GON specific nerve blocks should be considered. These are also done to determine if surgery would be beneficial. Here is a study that looked at changes in allodynia or increased skin sensitivity and headache pain following an injection to the GON with lidocaine and bupivacaine in patients with migraines. Sadly no control group of saline was used.

Overall there is variability in success rates and GON blocks. They range from 60-80% in reduction in pain and headache. Most do not show a complete reduction in headache pain.

Overall the success rate is quite high in reducing overall headache pain. This was seen in multiple studies, including a great study that looked at a 5 year follow up and had a larger sample group of 69 patients with a control group of 25.

Another study looked at social media data of patients that had undergone migraine surgical procedures and their numbers were surprisingly similar to the clinical studies outcomes.

What is causing what?

We know there are connections between the brain and the cervical spinal nerves. We are discovering the complexity and interconnections more each decade. How does this help us treat someone’s headache?

Answering the question ‘WHY’

Why are the nerves entrapped? Answering this question early can change our entire focus on how to assess and treat this type of problem. Doing this would also make migraine surgery much less likely.

If Botox and trigger point injections are helping. If manual interventions help reduce the headache but they return. This suggests an underlying mechanical problem.

When screening the upper neck to see if there is involvement and a potential association with headache pain a top test to perform is the assessment of the atlas as it moves on the axis. This test is highly sensitive but not very specific. Meaning, it is positive in a lot of neck-associated conditions. Repeat testing can be used to check if prior treatments have been targeting the neck effectively. Is treatment working?

Use the C1-2 sitting test to check if Physical Therapy or Chiropractic care is working!

In my experience when a patient is too painful to treat with manual medicine techniques and when medication is failing to significantly reduce symptoms then more invasive treatments become reasonable. This includes facet joint injections, radiofrequency ablation of the medial branches of the dorsal rami of the facet joints, and upper cervical surgery for nerve entrapment.

The interconnection between the greater occipital nerve and the dura and trigeminal pathways suggests why this type of surgery can be successful. Check out this post as it talks more about these interconnections and how the neck and migraines are linked. 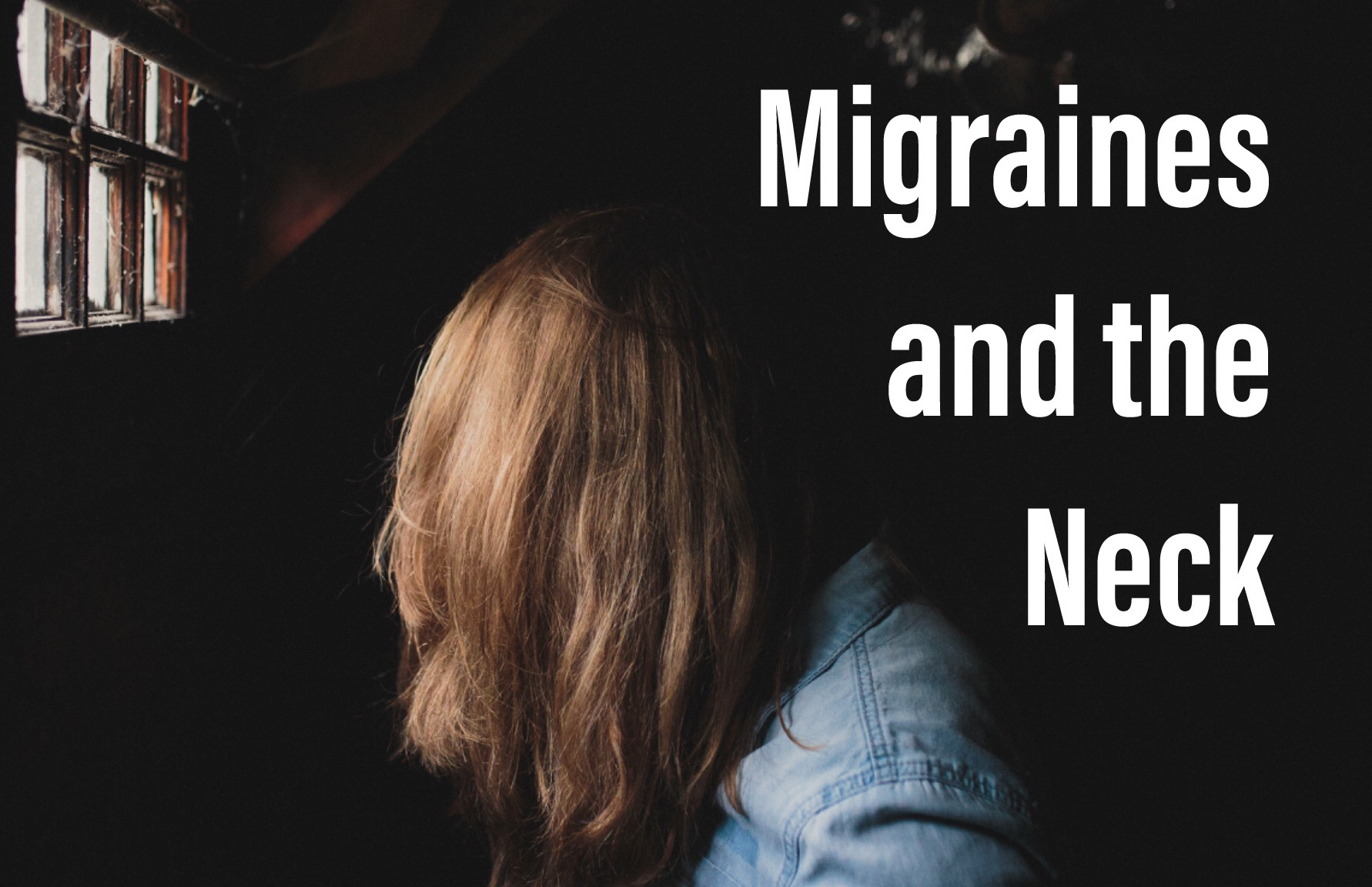 Nerve entrapment surgeries to the greater and lesser occipital  nerves and 3rd cervical nerve have been around for decades. The re-branding of ‘migraine surgery’ is based off of this foundation of past surgeries. The success rate today is overall better and what has been linked to this is better screening prior to surgery. A progression of different treatments is appropriate and prudent prior to a surgical option. Working together as professions will also improve patient outcomes. Avoiding a ‘one size fits all’ approach is recommended. This is partly what occurred with our patient above. A neck injury is not a great fit for GyroStim treatment. (Imagine riding on a roller coaster while trying to hold onto a 10 pound bowling ball!)

Pick the right problem for the treatment.

When we take the time to find the patients that will have a higher chance of success for any particular treatment approach our overall success will be higher. Looking at the literature to see what the successes have in common can help us get better.

The plastic surgeons to watch are Ziv Peled MD and also Adam Lowenstein MD, who is seeing clients in his clinic in Denver.

Dr. Lowenstein has a very informative website as well as a Headache 360 podcast.

Do you want to get notifications from this site?